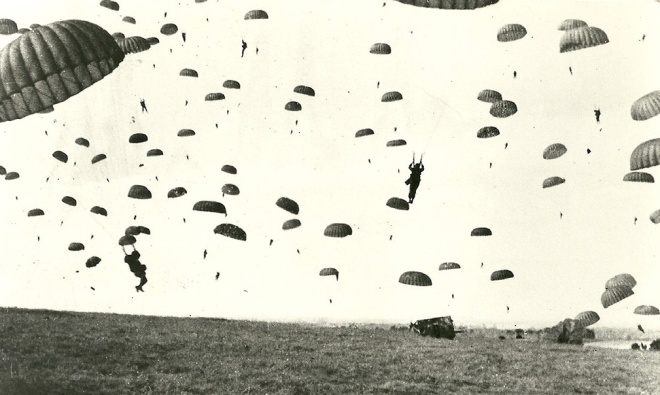 This year marks the 75th anniversary of the Battle of Arnhem otherwise known as Operation Market Garden. The successful D-Day landings in France had become bogged down in the slow and costly progress through the Normandy fields and hedgerows which the Germans defended tenaciously. Despite this, the Allies had made progress across France and Belgium, liberating both Paris and Brussels. Surely victory couldn’t be far away! Unfortunately, as the Allies pushed closer to Germany’s borders, the enemy forces were regrouping and resistance became stiff. General Montgomery believed that a powerful, narrow thrust deep into German lines would be more effective that a slow advance on a broad front and so on 17th September 1944, 30,000 British and American airborne troops (backed up by British & Polish forces on the ground) were flown and parachuted behind enemy lines to capture the eight bridges that spanned the network of canals and rivers on the Dutch/German border. Initially, things went well but British Paratroopers were soon under attack and, hampered by radios that didn’t work, they found that they couldn’t co-ordinate things properly. Ground forces found the narrow route treacherous as most of the bridges had been blown up before they could be captured. On the third day they reached the Nijmegen bridge where the Americans were still fighting but they couldn’t get across to join the British Paratroopers at Arnhem just three miles away on the far side. To tremendous cost, General Horrocks ordered American troops to attack across the River Waal. Half of the company were killed. Finally, they managed to storm the bridge but it was too late for the British Paratroopers because the Germans had moved their tanks into the town and were systematically destroying all the houses in which they were fighting. Eventually the Allied troops were forced to abandon their positions and fight their way out – their last radio message only heard by German intercepts was “Out of ammo, God save the King”. The desire to finish the war early by Christmas 1944 had failed. It had proved to be a bridge too far.

Perhaps, if we are honest with ourselves, in the light of our own personal battles, there are times when we too feel that things have got too much for us and that we have gone as far as we can go, with failure the only possible outcome. It’s at times like these when we need to remember those who gave so much for us in service of the nation and be encouraged and inspired by their example. It was always thought that the 10,000 men of the 1st Airborne Division would only be able to hold the Arnhem bridge for two days, but in reality, 740 men held it for almost twice as long against much heavier opposition than expected. Theologically speaking, the Christian is aware that we are not always called to be successful (as nice as that may be), but we are called to be faithful. We may not always win the battle because sadly some things may prove to be outside of our control to our disappointment, but how we fight the battle and conduct ourselves is a sign of God at work in us and can make a real difference!

Please may I warmly invite and encourage you to join us for one of the many Remembrance Day Services taking place across our benefice on 10th November as we remember with gratitude and grateful respect all those who have died in two world wars and other major conflicts. Not only will you be warmly welcomed but your presence will significantly enhance this special occasion.

Greater love has no-one than this, that he lay down his life for his friends. John 15.13 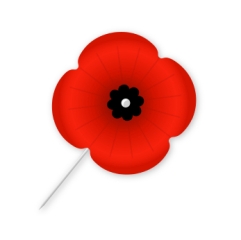