What a joy the Paralympics have been! The Olympics were glorious, but the Paralympics have been truly stunning and inspirational. Athletes that many of us only first heard about at London 2012 have now become household names – Hannah Cockcroft, Jonnie Peacock, Ellie Simmonds, Dame Sarah Storey and Richard Whitehead have all lived up to their billing at Rio 2016 and deserve the much heralded superlative of ‘superhumans’. At the time of writing the medal tally for Team GB in Rio has surpassed that of London 2012 and a whole new bunch of athletes have been introduced to the world.  The high-lights programme with Claire Balding combined with the comedy and sense of fun that comes with ‘The Last Leg’ team (Adam Hills, Josh Widecombe and Alex Brooker) have helped us all, without being patronizing or sentimental, to look beyond the disability and see the athletes for the people they really are. This doesn’t trivialise the tragedy and trauma that some people experience but celebrates their strength of character, the human spirit and their various accomplishments in the light of it.

However, it was the theme tune of ‘The Last Leg’ permeating the sport which really caught my attention. This rap song called ‘Harder than You Think’ performed by the hip hop group Public Enemy contains the phrase ‘thank you for letting us be ourselves’ and it got me thinking. Every parent tries to encourage their child to be independent, to learn to think for themselves, stand up for themselves and be creative rather than to simply ‘go with the flow’ or be negatively influenced by others. We hate it when people try to coerce us into being something that we are not, either by steering us down a certain path or restricting our choice or freedom of expression. We resent being ‘put in a box’ and told that we can’t do something when we think we can. Essentially what we hate is any attempt to manipulate us or restrict our freedom to be ourselves. Although parents can (and should) offer advice and guidance, the willingness to let your child be free, to find their own way and lead their own lives is really an act of love – but it’s risky, because with freedom of choice comes the possibility of making mistakes.

Sadly, the world in which we live isn’t perfect, because alongside the many joys of life are sadness and sorrow as people behave badly and make mistakes. The Christian perspective is one that says that although God initially made the world perfect, he also graciously and kindly gave us human beings the freedom of thought, expression and choice; he gave us the freedom to be ourselves because that was the loving thing to do. God no doubt saw the future and understood the risks but he willingly gave us the freedom to be ourselves precisely because he isn’t a dictator and neither are we his mindless slaves or robots. The incredible thing is that despite our many failings and mistakes, God still loves us and right from the start had a plan to put things right, and that plan – was Jesus! God so loved the world that he gave his one and only Son to death upon the cross, so that by that terrible process, we might be forgiven of our sins and spared the consequences of our actions. This shows just how deeply God loves us and the true extent to which he is willing to go in order that we might have the freedom to be ourselves. So whatever challenges in life we personally face, let us like our inspirational Paralympians, be ourselves to the best of our ability.

“For God so loved the world that he gave his one and only Son, that whoever believes in him shall not perish but have eternal life. John 3.16 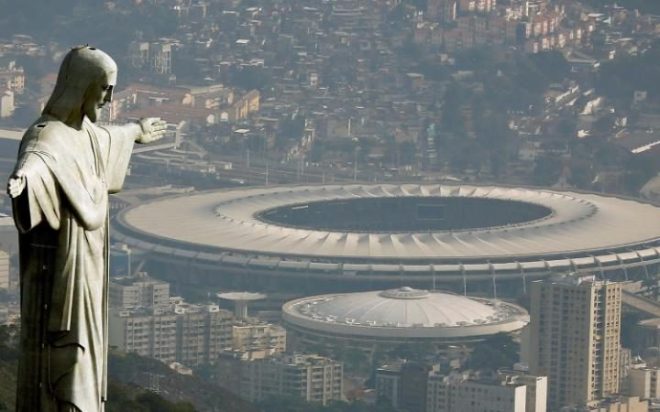 What a wonderful Olympics it has been! After months of worry and uncertainly about the Stadium, the Zika virus and political unrest, Rio 2016 has been a great success. Certainly from a British point of view there has been a lot to cheer about – not only have the women’s eight matched the men with gold medals in the rowing for the first time ever, but Max Whitlock has become Team GB’s first ever gymnastics champion (twice!); Justin Rose became the first man to win the golf at the Olympics since it was last played in 1904 and Andy Murray put us all through the mill as he successfully defended his tennis title first won at London 2012. At this time of writing, the athletics is well underway and Team GB find themselves, somewhat surprisingly second on the medal table in front of China – but will it last? But of course, the tales of inspirational human endeavour aren’t simply tied to those who’ve come away with a medal but to all those who have done their best to be ‘the best they can be’ despite the odds (who can forget the efforts made by the Refugees Team, competing under the Olympic flag) and all such athletes should be proud. However, the sporting arena is not the only source of wonder and appreciation – the Brazilians have been commended for their warm welcome, hospitality and sense of fun, along with their beautiful country, ranging from the beautiful Copacabana beach at Rio to the magnificent statue of ‘Christ the Redeemer’ looking down upon the city from the Corcovado Mountain.

Although the statute isn’t the largest statue of Jesus to be found in the world it is considered to be an ‘art-deco’ masterpiece and is hugely iconic of Rio de Janeiro and symbolic of Brazil’s Catholic Christian heritage. The statue is 98 feet tall (not including it’s 26-foot-tall pedestal) and weighs 635 tonnes. There were several designs initially proposed but the familiar statue we recognise today with its open arms (measuring 92 feet wide) was specifically chosen to represent the love of Christ for the world who will warmly welcome and embrace all who come to him. The statue was originally built in 1922 and took 9 years to complete, and was officially declared one of the ‘New Seven Wonders of the World’ on 7th July 2007.

This wonderful statue of Jesus is of course called ‘Christ the Redeemer’ but why and what is so special about redemption? Well, redemption literally means ‘buying back’ and was often used in the ancient world of slaves buying their freedom or having it bought for them. One of the greatest acts of redemption in the Bible (and which has coloured the way this word is used ever since) was when God bought his people out of slavery in Egypt to give them freedom in the promised land. The problem was, that over the years the people found themselves repeatedly bound as slaves by successive regimes and therefore in need of a ‘new redemption’. The early Christians understood this in the most radical of ways, they saw it as pointing to the poverty of their own human condition, they were constantly ‘in slavery to death and sin’. What they needed was a redeemer! Someone who would be able to pay the price for their sin and lead them to freedom and new life. That person was Jesus! His self-giving, sacrificial death upon the cross was truly Olympic in its magnitude, the most dramatic, inspiring and generous gift of God’s love the world had ever seen. His death was the price paid for our ‘redemption’, the innocent dying for the guilty, but of course the Gospel story doesn’t conclude with Christ’s death but his resurrection! His rising from the grave was the first sign, evidence and promise of future hope and life everlasting. A precious gift warmly and freely given to anyone who wishes to receive it and puts their faith and trust in Jesus as their personal Lord, Saviour and Redeemer. The Olympics may be glorious; the games have been thankfully largely harmonious, and the athletic achievements truly inspirational – but the story behind the Christ the Redeemer statue is even more so and gives us all the chance of reaching our full potential and ‘being better than we can be despite the odds’.

We are justified freely by his grace through the redemption that came by Christ Jesus. Romans 3.24