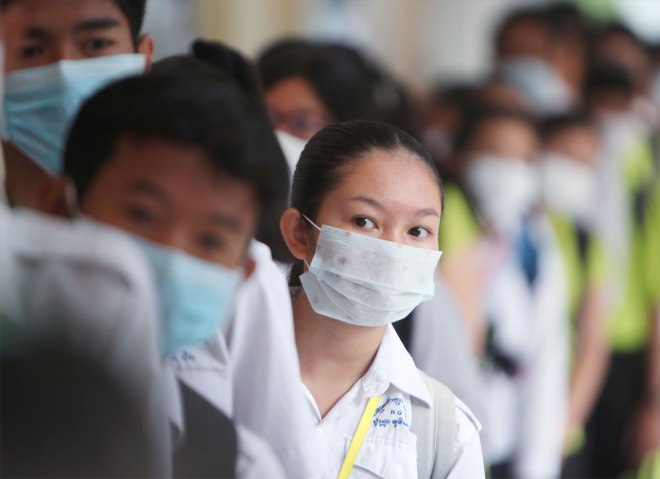 Today, we learnt that Sally and David Abel who were among 74 British nationals quarantined on board the Diamond Princess cruise ship off Yokohama, Japan had tested positive for the Coronavirus. Their frustration with the British Foreign Office for not being able to get them off the cruise ship and home was obvious, particularly in the light of the fact that American passengers had been repatriated only the day before. The sudden appearance of this hitherto unknown virus remains something of a mystery, but its ability to spread quickly from person to person before symptoms became obvious was alarming – hence the need for a recommended 14 day quarantine period. The problem is that while the vast majority of people will only experience a mild illness, a few (currently 3%) can become critically ill, usually those who are already elderly and frail with respiratory problems, or health workers who have been exposed to the virus over a lengthy and sustained period. Despite the draconian measures, the Chinese have been largely praised for their handling of the situation and even here in the UK, Parliament has passed measures allowing the Police to force those at risk of coronavirus into quarantine, with the Health Secretary warning that the spread of the virus is a ‘serious and imminent threat’ to the British public. So should we be alarmed?

Well yes and no! We shouldn’t be alarmed i.e. panic, but we should be concerned – and our response should be kind, careful and considerate. Should it become evident that we have the coronavirus within our community, we shouldn’t be alarmist, but we should take care not to cough, splutter and sneeze over one another. We should be disciplined when it comes to our personal hygiene, washing hands etc and sufferers should be willing to self-isolate themselves and contact their GP by telephone as soon as they feel poorly.

In many ways these simple but profound measures may be viewed as wise and prudent acts of kindness which demonstrate a natural and loving concern for one another as well as for one’s self. Whereas the situation could be so easily exasperated if we mistakenly think that we are somehow immune to the illness or that it’s someone else’s problem. Christians will immediately see the significance of the Biblical command to not only love God but to love one’s neighbour as one’s self (Luke 10.27) in such circumstances, because it’s only by paying due regard to each aspect of this command (neighbour and self) that we can truly look after each other and protect our communities.

Blessed are those who have regard for the weak; the Lord delivers them in times of trouble. Psalm 41.1