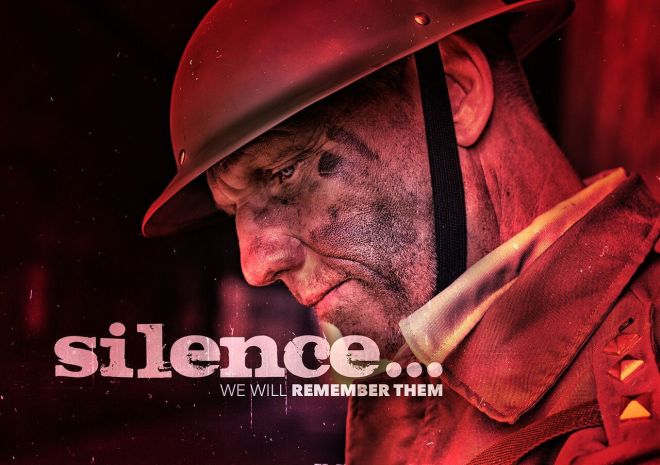 ‘Silence is golden’ or so we are told, but at 4.20am on the 11th November 1918, the last soldiers went ‘over the top’ and the world was far from silent or golden; in fact, it was dirty, dark, noisy and red. Although the Armistice was signed at 5.00am in a railway carriage in the Forest of Compiegne, France, it wouldn’t be until the 11th hour on the 11th day of the 11th month that the guns of Europe finally fell silent. The Great War would be over, but not until there had been another 2,738 men killed and 10,944 casualties on that single morning alone. In fact the numbers of those who died during the First World War are staggering. In the UK around six million men were mobilised, and of those just over 700,000 were killed. That’s around 11.5% of all men that went to fight ‘for King and Country’. The Hall of Memory at the famous Menin Gate Memorial in Belgium contains the names of 54,896 unidentified Commonwealth soldiers. On completion it was discovered to be too small to contain all the names, so another 34,984 were inscribed elsewhere… and that’s just the unidentified soldiers. An estimated 16.5 million people (military and civilian) are believed to have died in total. With so many people killed and so many families torn apart as they bore the consequences of the conflict, it’s easy to see why this was considered to be the Great War, for the numbers are huge. Although these make fearsome statistics, we should never forget that these are all individuals, people who were known and loved by their families and friends; a point which remains true even for those whose names were eventually classified as ‘known only to God’.

This year on November 11th we will be holding our usual Remembrance Day Services across the benefice and I would like to invite you to strongly consider coming to one if you can as we remember with gratitude and grateful respect all those who have died in two world wars and other major conflicts. However, at All Saints Necton at 6.00pm we are going to be holding a special service to commemorate not only those who died in the conflict, but also to give thanks for the end of the First World War, as this year marks the centenary of its end. The service will finish with the bells in our church tower joining the nation in ringing a short celebratory salute to mark the end of the war. Please join us as we mark this special and significant occasion.

Greater love has no-one than this, that he lay down his life for his friends. John 15.13

Rector of Necton, Holme Hale, North & South Pickenham with Houghton on the Hill View all posts by Stephen Thorp