As our nation turns once again towards Remembrance Sunday, we can note that 2015 has certainly been a year of commemoration, celebration and quiet reflection, marking as it did both the 70th anniversaries of VE Day (Victory in Europe Day, 8th May 1945) and VJ Day (Victory over Japan Day, 15th August 1945) along with the 75th anniversary of the Battle of Britain. The latter was marked by the magnificent sight and sound of 40 Spitfires and Hurricanes, and a single Blenheim, patrolling our coastlines once more back in September. No doubt there are many more significant occasions, notable events and distinguished acts of service that we as a nation should do our best to remember and take pride in. Not that we glorify war, because war is always a terrible thing and the cost of it purely in terms of human suffering is always immense, and yet despite its fury, we pay tribute to all those whose stoicism, faith and fortitude preserved our freedom, values and British way of life, remembering especially those who died in the process – and to this end I would like to invite and encourage you to join us at one of our Remembrance Day Services across the Benefice as we remember those who gave their lives in service of the nation, and give thanks to God for the freedom we enjoy.

Sadly our world is far from perfect, and when evil raises its ugly head we are constantly challenged as to what our response should be. It is Edmund Burke who is credited with the famous saying that “the only thing necessary for the triumph of evil is for good men to do nothing” and although it’s hard to pin down a definitive version of that phrase or even its attribution to Burke, we all know what it means. Ultimately, we all need to be prepared to ‘stand up and be counted’, for when it comes to challenging evil we appreciate that we can’t always pass that particular responsibility on to others. One such person was Edith Cavell, the World War 1 British nurse who is celebrated for saving the lives of soldiers in Brussels from all sides without distinction. As a nurse she refused to ignore the suffering of the wounded soldiers she came across regardless of their nationality, treating them all equally as human beings. However, her medical impartiality didn’t mean that she was neutral as far as the war effort was concerned, for with the help of Belgian and French colleagues she helped over 200 Allied soldiers escape from German-occupied Belgium. Eventually she was arrested and found guilty by a German military court of ‘assisting men to the enemy’, culminating with her execution by firing squad on the 12 October 1915. The railway carriage or ‘Cavell Van’ which brought her body back to England has recently been on display outside ‘The Forum’ in Norwich to mark the centenary of her death. However, on the evening before she died, Edith Cavell wrote in her diary some very moving words. She wrote “Standing as I do in view of God and eternity, I realise that patriotism is not enough. I must have no hatred or bitterness towards anyone.”

Edith Cavell was a Christian woman who was magnanimous in death, even forgiving her executioners. Her actions were no doubt influenced by the example of Jesus, who had in life exalted his disciples not only ‘to love God and your neighbour as yourself’ but their enemies too, and forgave his executioners even as they put him to death upon the cross. As previously mentioned, war is a terrible thing and sadly sometimes can’t be avoided, but it shouldn’t be the war or acts of violence which define us. It should be our attitude to life and the way we choose to live it which should be our lasting epitaph. 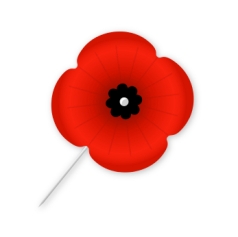 Rector of Necton, Holme Hale, North & South Pickenham with Houghton on the Hill View all posts by Stephen Thorp